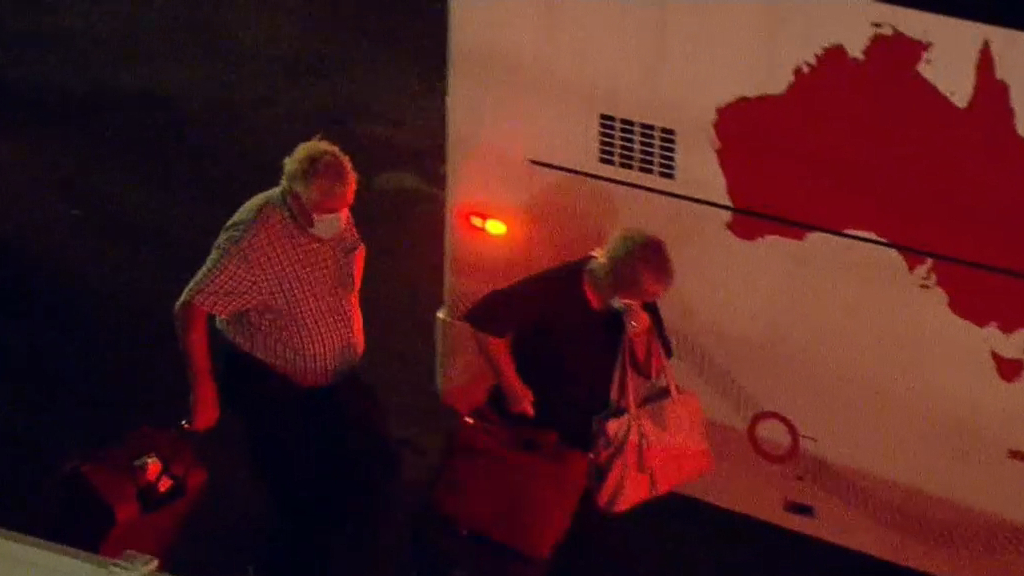 Almost 300 Aussies who were stranded on a cruise ship which was repeatedly turned away from countries it tried to dock are finally back in Australia.
The Norwegian Jewel passengers, who were on a 21-day Pacific Cruise, are now being quarantined in a Sydney hotel for two weeks, where they are not allowed to leave their rooms.
The ship left Sydney on February 28 but was turned away from planned stops including at Fiji and Tahiti, despite having no COVID-19 cases on board.
It sailed on to Hawaii with authorities also saying passengers could not disembark.
Eventually they were allowed to get off and were taken to the airport.
CORONAVIRUS: LIVE UPDATES
A Qantas repatriation flight was arranged for the Australians among the thousands of passengers.

They were flown home after another day's delay.
The 280 cruisers were then bussed to the Swissotel and put into rooms where they must remain until they are medically cleared to leave in two weeks.
Even their meals are being left at their doors, with staff knocking three times to alert them.
READ MORE: Holiday island plan for cruise ship passengers
Police and border officials are patrolling the hotel.
As reported by nine.com.au, a New Zealand woman who is dying from cancer was among those left stranded.
Raewyn Schultz, 59, has bowel, liver and lung cancer, and was on her final holiday.
However, relatives of Ms Schultz told nine.com.au that New Zealanders had been informed they would be sent on a charter flight to Los Angeles. From there they would then be required to make their own way back to New Zealand.
The Australian Government has reported there are still about 3000 Australians stuck on 30 cruise ships around the world.